If you say the right thing, you don’t need to say it with as much force.

Lots of people think to create better marketing, you need to shout louder and louder, making bigger claims, and ratcheting up the hype.

If your messaging hits your reader’s sweet spot, it doesn’t require much force to make an impact. You can maximize your conversions with a minimum effective dose.

It’s the marketers who are unwilling to put the hard work into their messaging who resort to screaming louder and louder.

Their headlines not only look bad, but they also don’t work very well, either. I’ve been behind the scenes of enough campaigns to see how many of these hyped-up promises result in crickets.

It’s better to say the right thing subtly than a slightly-right thing forcefully.

Years back, I discovered the power of this concept firsthand.

I was creating a new homebrewing course, and had built up an interest list of subscribers. The general idea was to help existing homebrewers improve their beer.

Now, my first reaction was to lead with a promise about how good their beer will taste after completing the program.

Fortunately, by this point, I’d been humbled enough by marketing and had learned to assume nothing. You must talk to your customers & verify your assumptions.

This is where the story gets interesting…

In conversations with my readers, I learned homebrewers do indeed want to brew better tasting beer. But it’s not the thing they want most.

This moment begins when the homebrewer pours a glass of their beer for a friend. Their friend accepts the glass, raises it to their mouth, and takes a sip.

A look of both pleasure and surprise washes over their face.

“This is delicious” they exclaim. “Where did you get this recipe!?”

“It’s my own,” the homebrewer responds.

You see, homebrewers do want to improve their beer. But what they really want is to create a beer they can truly call their own.

They want to create their own signature recipes, attach their homebrewery’s labels to the bottles, and share their creation with friends.

So, I could have come to market with a hyped-up promise about how good their beer will taste…

“Today Only, Save 50%! Learn to Brew a Beer So Crazy Good Your Local Microbrewery Will Be Worried About Competition!!!”

But instead, I came to market with this simpler, but a more powerful promise:

“Brew a Beer You Can Call Your Own.”

My readers loved the concept, and 53% of them went on to purchase the program. An unprecedented amount.

When you say the right thing, you can say it plainly and still spark a ton of conversions. It’s when you haven’t hit the messaging mark that you need to stretch and strain.

I won’t pretend finding the right thing to say is easy. It takes work. But for something so important, it’s worth prioritizing, isn’t it?

Take the time to dial in your messaging. Because if you’re not getting the conversions you’re after, that’s the first place I’d look. 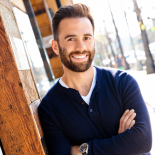 Billy is a messaging strategist, marketer, and speaker. He has helped over 100 companies craft compelling messages for their products.